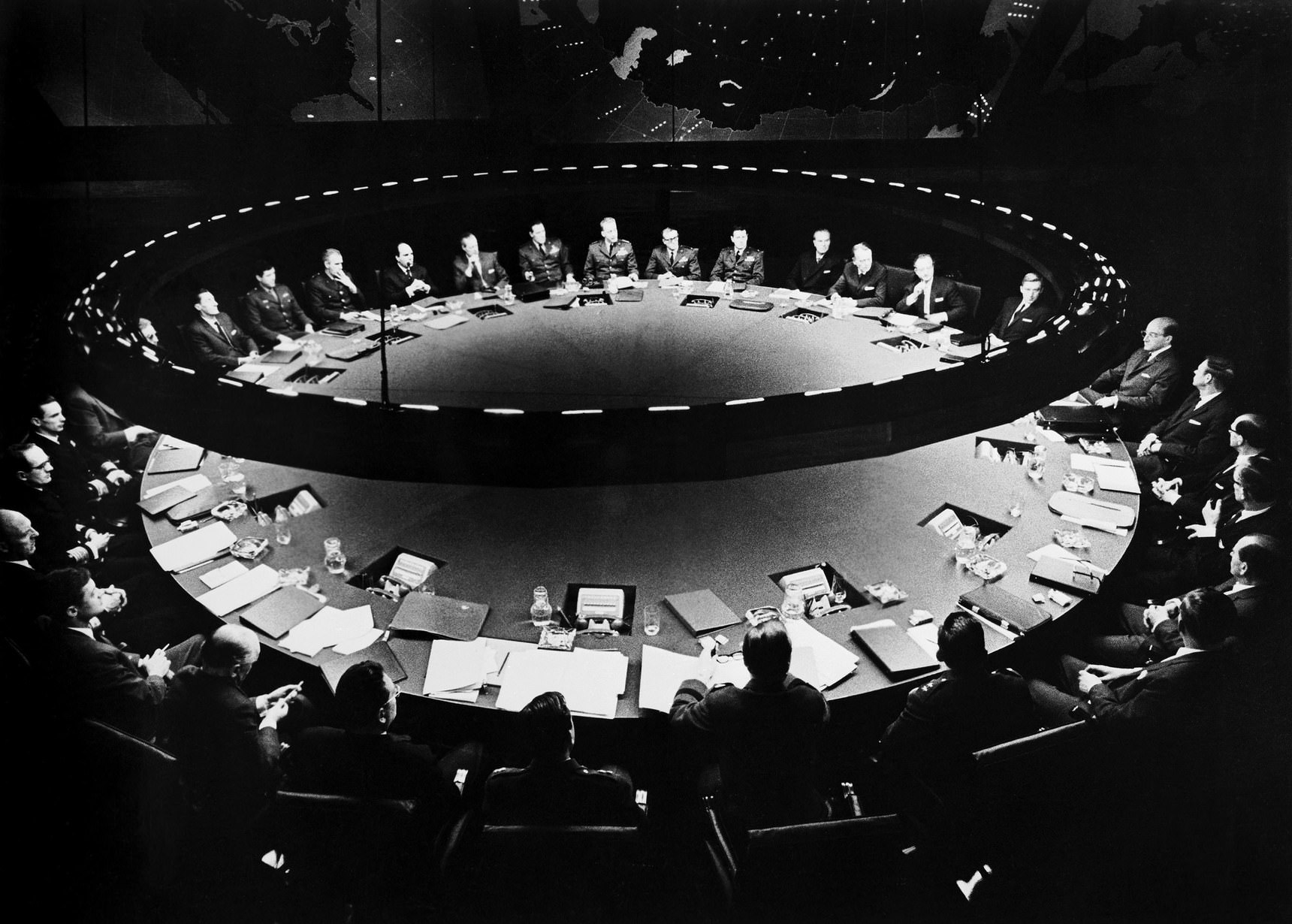 Though it was released in 1964, and directly confronted the political situation of that time, the political satire of Dr. Strangelove nonetheless remains relevant even decades later. The film serves as a biting satire that showcases the bleak reality of nuclear war, as well as the ridiculousness of the people and institutions that are responsible for avoiding it. Irony and incongruity are employed throughout the film to highlight the huge disconnect between the reality of war and the perception of war, perhaps prodding the audience to consider more carefully their opinions of the nation’s policies and military action in other parts of the world. Even though we have since passed the Cold War era and the height of looming nuclear annihilation, Dr. Strangelove’s satire can still serve a useful role in identifying and pointing out that asinine nature of war that persists in the 21st century.

The film is packed with multiple details—some subtle, and some screaming in your face—that underscore the significant difference between how war is perceived, and what war is actually like. For instance, the Air Force base is plastered with the slogan “Peace is our profession.” An ironic statement given that everyone working at that base is quite literally paid to participate in war. Furthermore, the people who are actually in positions of power and make specific decisions about war itself are entirely separated from those who actually perform the war. At no point does the crew of the B-52 delivering its payload ever interact with the President, Ambassador, and Generals who occupy the War Room. In fact, the closest that the men of the War Room ever come to actual fighting is a small bout of fisticuffs between a General and the Russian ambassador, which is eventually broken up by the famous line, “Gentlemen, you can’t fight in here! This is the war room!” The separation between the decision-makers of war and those who actually fight in war is further defined by the character of Captain Mandrake. As the base communications officer, he was directly responsible for transmitting the command to the B-52s to begin their attack plans. However, when the base in later under siege, it is revealed that he actually has little combat experience whatsoever. By separating the decision-makers from those directly involved in fighting, Dr. Strangelove establishes a significant gap between the manner in which war is perceived, and the reality of what such a war actually looks like.

This satirization of war remains relevant today, even though the Cold War era has long since ended. Consider, for instance, President Trump’s continual use of the phrase “Little Rocket Man,” his promises to “bomb the hell out of ISIS,” and his recent description of Syria’s president as “Gas Killing Assad.” Though he his the Commander-in-Chief of all of the United States’ armed forces, he seems to have little understanding of what war actually means (outside of his “personal Vietnam” of avoiding STDs however). Even though the United States no longer stands on the brink of nuclear war with another major world superpower, the reality of war nonetheless remains. And as long as war still takes place, there will always be significant differences between how war is perceived, and how it actually unfolds. As such, the political satire presented in Dr. Strangelove will likely remain timeless, and always maintain a certain degree of relevance.