The format of the is astoundingly simple: Four panels. One figure. Then two. Then two once more. Then one figure upright, the second on its side. And that’s it. So long as the meme instance follows that basic format then it’s loss, a meme that has recently exploded in popularity.

2018 marked the 10-year anniversary of “Loss,” a strip from the webcomic Crtl-Alt-Del. It had begun during the early 2000s webcomic craze, and focused on gamer culture, and general “nerdiness.” A lot of its themes were pretty childish and, in some cases, outright misogynistic in its attempt to be funny. But that’s not what this is about. No, instead I’m interested in one of the first times that the strip tried to tackle a serious subject in the webcomic format. 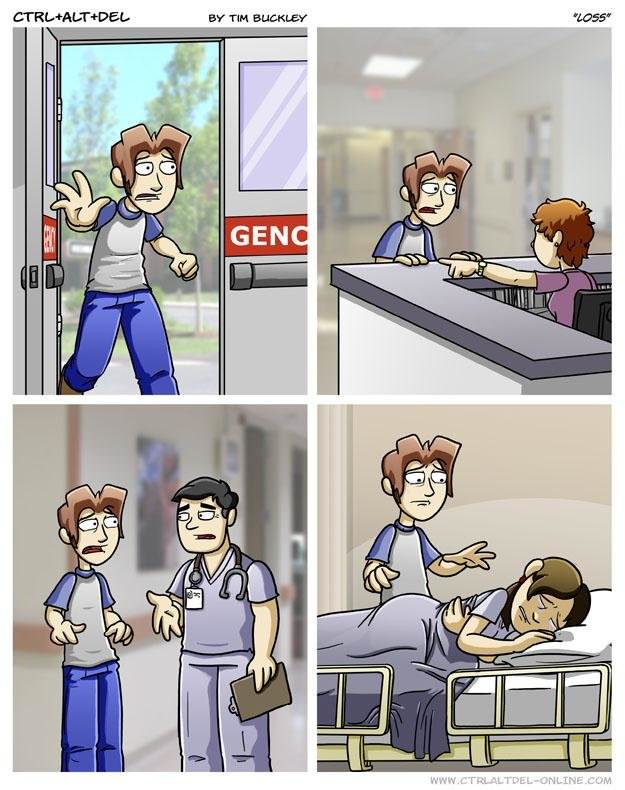 In “Loss,” the character Ethan rushes to the hospital and discovers that his girlfriend Lilah has had a miscarriage. Is it the best way to depict the serious and difficult topic of miscarriages? Perhaps not. But it’s not inherently bad either. Granted, it was certainly a complete departure from the style and topic that the comic’s readers were used to. But taken on its own at face value, “Loss” itself really isn’t that joke-worthy. But of course, on the Internet you can never count on anybody to take something on its own at face value, and Loss almost immediately became the subject of ridicule and parody.

However, the trajectory that Loss took represents the unique and unpredictable nature of the Internet, and the culture of those who inhabit it. It embodies some fundamental aspect of the Internet and the unwritten rules that govern what’s funny and what’s not, and what’s popular, and what will fade into obscurity. On the Internet, memes that are popular, and things that are “in” at any given moment can often exist in a self-feeding cycle. They’re popular not necessarily because of what they mean, or what they represent. Instead, something can be popular simply because of the fact that it is popular

From Parody to Meme 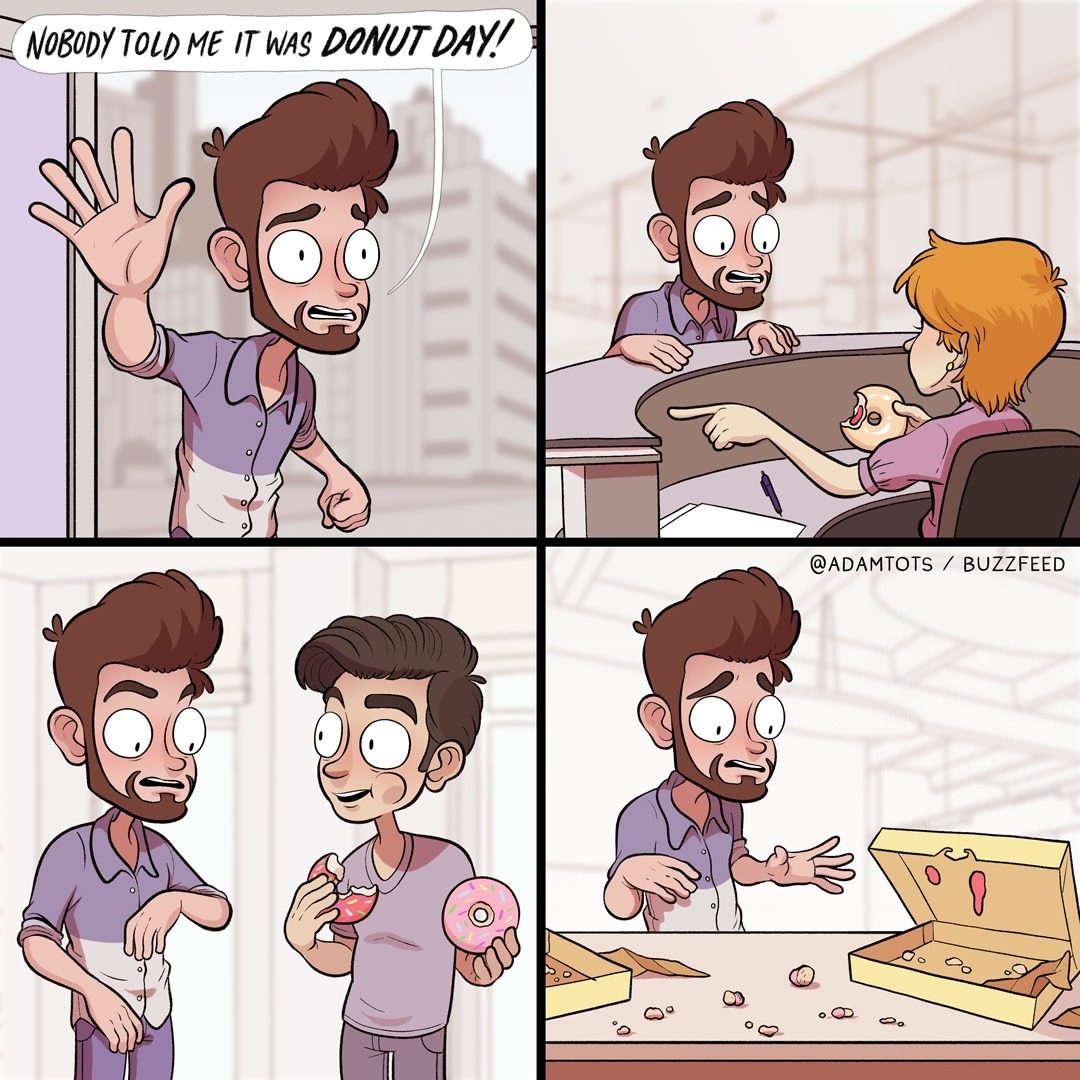 From the moment that Loss was initially published, it exploded in popularity and took on a life of its own. Throughout various forums and discussion boards, the Internet took the Loss comic and made it their own. Sometimes swapping in their own characters, sometimes merely remixing the original, and sometimes just copying the basic format. And, at some point along the way, Loss became a meme in and of itself.

What’s especially interesting about the Loss meme is its original source, and how that source has absolutely nothing to do with what the meme has become. Though the original strip was a about miscarriage, virtually none of the instances of Loss as a meme touch on this subject. Instead, the meaning of the meme transcends that of its original source text. It precedes its original and creates its own meaning.

Of course, nailing down what precisely this new meaning is much easier said than done. Such is the fluid and unpredictable nature of Internet memes. Many instances of the Loss meme make very little sense on their own, or have so many layers of meaning it can become difficult to dissect all of its influences. 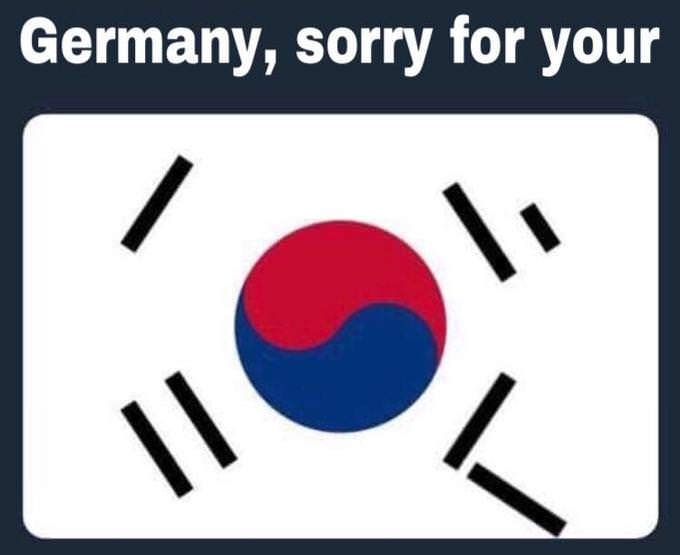 At one level, the entire joke of the Loss meme is the joke itself. That is, the reason it is funny and popular is because some people understand it, and others do not. It’s an inside joke on a massive scale. You either get it or you don’t. 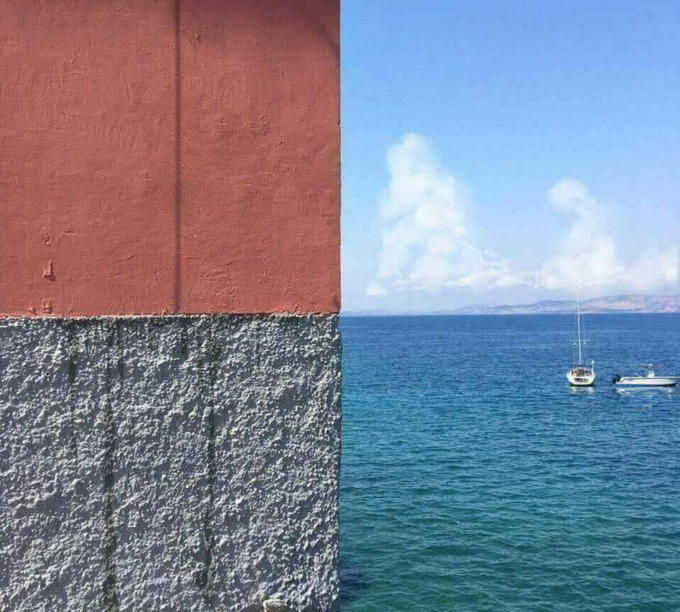 And as more and more people learned about loss, becoming part of the inside joke, some individuals became increasingly creative with how they created instances to follow the Loss format. It was no longer enough for a meme instance to simply parody the original comic. Now, the humor was that of the bait-and-switch. Loss became the Internet’s new version of the Rickroll. 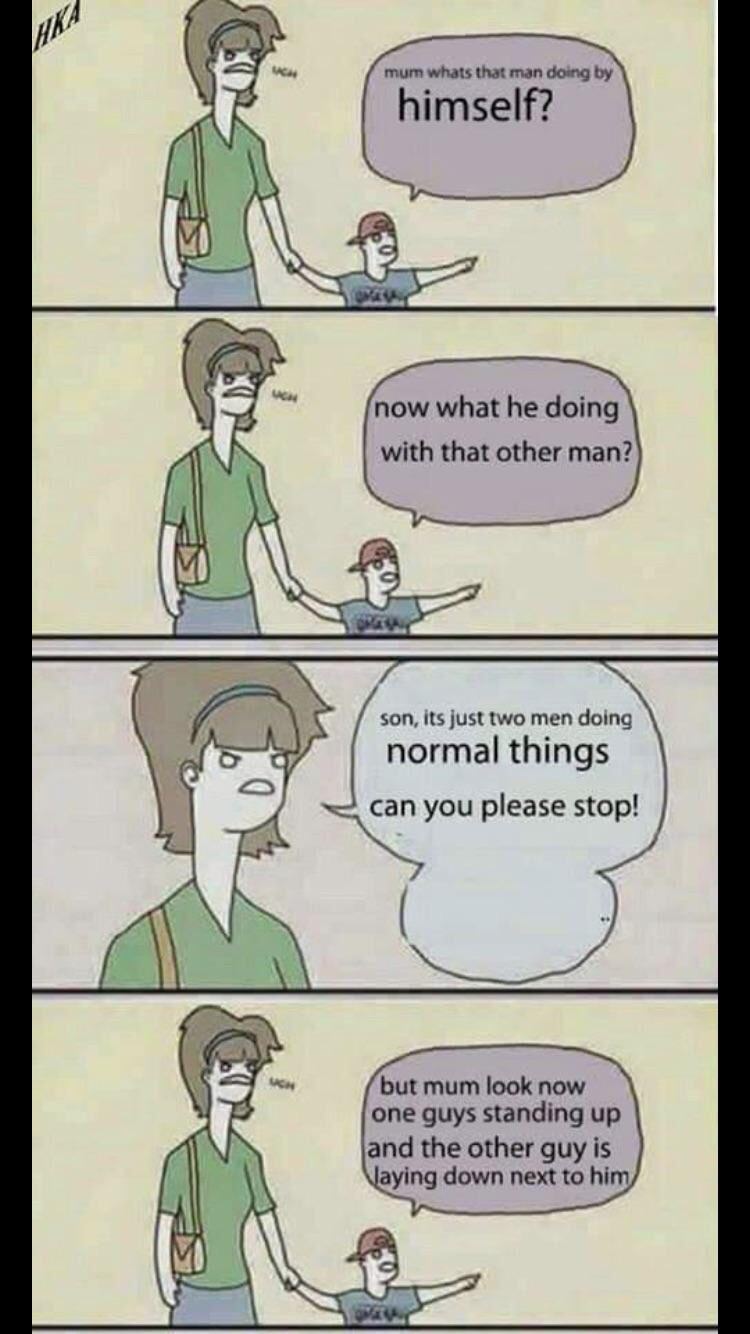 Promise the reader one thing, but upon closer inspection… yep it was Loss all along. Damn you Internet, you got me again!

That’s cool and all, but who cares?

Well, much like the Loss meme itself, everything I’ve written here doesn’t really matter that much. That is, taken on its own at face value. Much like many other Internet memes, Loss is just a silly joke that has taken off online. It’s popular merely because of the fact that it is popular. This self-feeding cycle has lasted this long, but it is almost inevitable that it will eventually be replaced by a new fad, and will fade away into obscurity.

But despite this, it is still worth taking a look at this meme and considering what it means because as has become all too evident recently, it is very easy for a meme to become corrupted and given a new, more sinister, meaning.

Loss represents a particular type of Internet meme with a new unique meaning. It might not represent a single specific ideology, but it does have a meaning in the sense that it doesn’t mean anything anymore. Loss means nothing, and by extension of that fact, it also means everything about how the Internet and online communities operate. Memes represent the ability for an idea to rapidly evolve, and escape any connection to their origins. And this is what makes them so unpredictable, unique, and exciting.